It would not be wrong of us to say that there is a lot more to martial arts than just being a great way to work out or defend yourself. Those who are heavily involved in martial arts know that discipline, passion, and dedication are vital. Another aspect of martial arts that we often overlook is the fact they reflect a country’s history, culture, and heritage. As a matter of fact, some types of martial arts date back thousands of years. 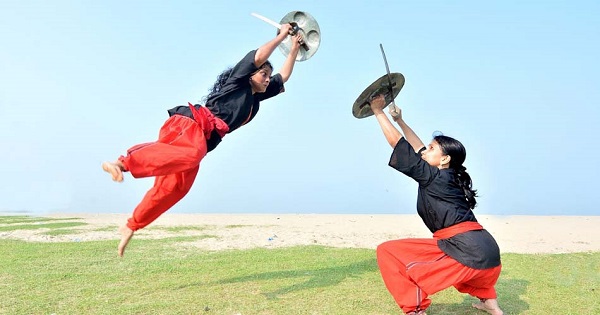 India happens to have a long martial arts history. In fact, Shaolin Kung Fu, a term which is used to describe a range of Chinese martial arts, has a lineage that can be traced back to Bodhidharma. He was an Indian monk who brought Buddhism to China in the 6th century AD.

Monks from the Shaolin Temple, which can be found in Henan Province, to this day, still study Buddhist teaching and martial arts. Sadly though, while Japanese and Chinese types of fighting such as ju-jitsu and kung fu have become very popular, most of India’s old fighting techniques have been forgotten.

However, there is some good news, and this is that some organizations and citizens are trying to bring Indian martial arts back to life by teaching them, so it is not impossible to find a class to join so that you can learn all about them too. Signing up will not only be very rewarding for your fitness levels, but it is always interesting to learn about the history and culture of another country.

This is the “Mother of Martial Arts” as it dates back three thousand years. Originating in Kerala, this form of martial arts gets its inspiration from the swift movements, sinuous strength, and raw power of majestic animals such as the tiger, lion, elephant, snake, wild boar, and crocodile.

The term “Kalari” is a reference to where this style of fighting is taught, while the term “Payattu” means practice. This fighting style comes with different levels where participants learn how to fight with and without weapons. It has recently emerged as a way for people to express themselves in theater, contemporary dance, and movies. This legendary form of fighting was popularized recently by Meenakshi Amma, an 80-year-old woman from Kerala, who showed off her amazing kalaripayattu skills against a man nearly half her age.

If you are in America and want to learn all about this ancient Indian fighting style, then you can do so right here. They currently hold a number of online lessons due to the Covid-19 pandemic, but they are looking to get back into a studio as quickly as possible.

This is linked closely to Kalaripayattu, with the main difference being that bamboo sticks are the weapon of choice. The word “Silam” means hills in Tamil and the word “Mambam” means bamboo in Marhat, meaning that a literal translation of Silambam is “bamboo from the hills”. Silambam is a type of martial arts that focuses on fluid footwork, well-structured techniques, and smart fighting strategies.

Wrestling is one of the oldest sports in the world, and you will find different types of wrestling throughout India. One of the most popular is called Kushti, which is a type of traditional wrestling that came about during the age of the Mughal Empire by mixing malla-yuddha (combat wrestling) with varzesh-e bastani (Persian warrior athletics).

Kushti was once a sport that held high importance throughout India, but it is now practiced in only a handful of states throughout the country. Kolhapur is one such city where Kushti is still very popular, and rural families even send their sons to traditional wrestling schools.

If you are interested in learning malla yuddha in America, then check out this link.

Other Fighting Arts You Should Take a Closer Look At

Above we listed just three of many different styles of fighting that you will find throughout India. Below we have provided you with a list of some other popular Indian fighting styles. We will not discuss them in detail here, but feel free to do your own research if it is something that interests you.

There is No Sport as Popular as Cricket

The people of India love their sports and they were greatly influenced by British rule in the 18th and 19th century. The British brought cricket to India and it is now the most popular sport in the country by a mile. In fact, it is not too far-fetched to call it a religion.

Many people will think of cricket and martial arts as being two completely different things, but there are more similarities than you might think. Don’t believe us? Well, read on and we are sure that you will soon agree.

A youngster who turns up at a cricket academy to improve his batting skills will be disappointed to start with because he will not be permitted to just stand there and see how far he can hit the balls. No, instead, he will start off by defending the ball for many days. All he will hear from his coach’s mouth is defend, defend, and defend. When you are learning any type of martial arts, you will also learn defence before attack.

When you are learning martial arts, you will put a lot of hard work into learning how to move your feet properly - if your feet are slow, then your opponent will often get the better of you. Footwork is equally as important in cricket because a batsman with no foot movement is one that will not score many runs, which is obviously the aim of the game.

In martial arts and cricket the art of evasion is vital. When you are fighting someone, you have to learn how to evade nasty blows and when you are playing cricket it is in your best interest to avoid rib-snorters and nasty bouncers. Knowing when to evade and when to attack is what makes for a very good cricketer or fighter.

Professional cricketers have been known to practice karate in their spare time and, when it comes to learning martial arts, it is safe to say that they have an advantage over those who have never played cricket because the two disciplines have plenty in common, as we have just shown.

Other Popular Sports in India

As we said above, cricket is the most popular sport in India, but there are plenty of other sports that are very popular. Below you can find a list of other popular sports in India.

Indians love to play and watch sports, but there is something else that they really enjoy and that is sports betting, especially cricket betting. When it comes to gambling in India, the laws and regulations are a bit vague because they are outdated - they are the same ones that were put in place when India was a British colony.

Gambling in India is mostly prohibited. We say mostly because in the states of Goa and Sikkim you will find some casinos, so gambling is permitted there. When it comes to online gambling, there is no mention of it in the laws and regulations since the Internet obviously was not around back then. So, is online gambling legal in India? Yes, you will be able to do some sports betting, whether that is cricket betting or betting on another type of sport, without worrying about falling foul of the law. 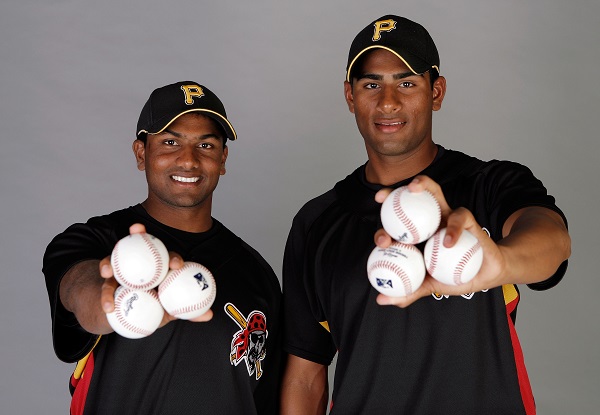 When people think of baseball, India is not going to be the first country that pops into their heads and this is natural since baseball is not a huge sport in India. However, there are more baseball fans in India than people realise and it is a sport that is played at schools, universities, and local clubs.

The events of Million Dollar Arm, one of the best baseball movies, occurred in India. In 2007, J.B. Bernstein, an MLB agent who was struggling, decided to create a competition in India to find the best throwing arms. He got the idea for this competition after watching a cricket match on TV as saw bowlers bowling at speeds of 150km/h. This made him realise that India was the biggest untapped environment for baseball. He found two talented Indians who went on to play in the MLB, but they were actually javelin throwers and not cricketers.

However, fast bowlers (or pitchers as they are known in baseball) are not the only things that baseball and cricket have in common. Below we have listed other similarities between these two sports:

· Both make use of a bat and ball.

· Both have bowlers and batsmen, known as pitchers and batters in baseball.

· Both have two umpires.

· Batsmen/batters have to run to score runs/points while the fielders do their best to stop runs/points being scored.

· Batsmen/batters can smack the ball out the field to score 6 runs or a home run.

· When enough batsmen/batters are out, the teams change roles.

Let us quickly take a look at the differences that exist between the two sports:

· A cricket bat is flat, while a baseball bat is round.

· A cricket team has 11 players, while a baseball team has 9.

· A batsman holds the bat down, a batter holds it up.

· The playing field is a different shape and size.

· The balls used are a different weight.

· In cricket, when a batsman is out, they cannot bat in the same innings, which is not the case in baseball.